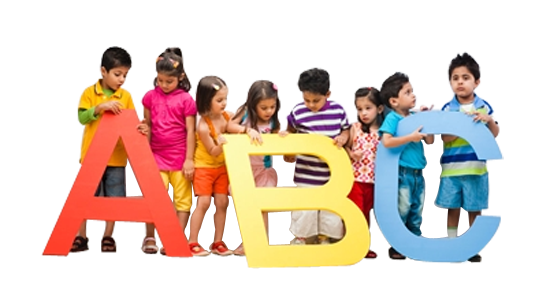 When asking yourself how in the world did we get to the point where so many Americans are voting for socialism look no further than the Department of Education.

I’m not saying anything you don’t already know, but do you know why our education system is so progressive? You can’t fix what you don’t understand, and we do need to fix this one because our children’s future depend on it.

I am the last generation that can still think clearly, there are almost 3 generations after me that have already been so corrupted by our education system that talking to them almost requires a psychology degree! If we don’t act now, our descendants will live in bondage, that will be our gift to them.

Notice you have not heard anything from the new Department of Education Secretary, not a peep! No changes have been made, yet, the budget for the Education Department has risen 23%.  Regardless of who is President, Democrat or Republican, the education system keeps moving forward with its planned curriculum created by UNESCO.

An organization run by bureaucrats (UNESCO), connected to powerful interest groups whose goal is a world without borders for financial gain, who is also blatantly anti-Semitic, is deciding what our children learn and how.

The graphic below shows our education spending versus achievement, if this was a for profit corporation someone would have already made some drastic changes because the investment is not yielding the results expected, or is it? 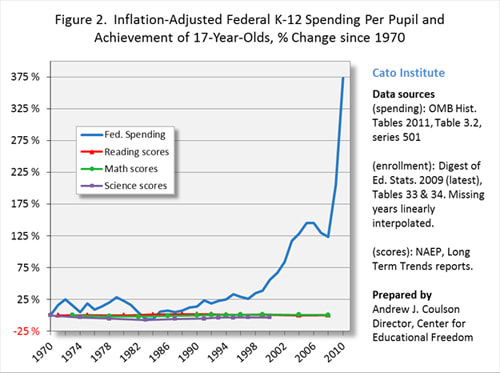 UNESCO started working on editing text books back in the 1950’s, and gradually worked their way into creating a “World Citizen” curriculum that we know as Common Core here in the U.S.  You can check their  50 Years for Education timeline here:

Our government did an excellent job making it look like every change in our education system was part of a bi-partisan brain storm to benefit us, but the truth is that they’ve followed UNESCO’s master plan to create what George Carlin once described: ” obedient workers, people who are just smart enough to run the machines and do the paperwork.  And just dumb enough to passively accept it”.

Standardized testing, something that was originally used to recruit factory workers during the industrial revolution, leaves no room for any thinking that doesn’t fit within the 3 options given.  Thus training children to think in absolutes, exactly what you need to create little robots that will perform as commanded. But we were not created to conform, and some will refuse to, so they’ve introduced us to an array of mental disorders to classify those defiant little brats, drug them, and keep them under control.  Which created the explosion of ADD and ADHD diagnosis in the 80’s, and today 8 million kids are on such drugs.

If you’ve had the opportunity to go over a math problem with a child recently, you’ve noticed that it makes absolutely no sense and you as a parent, are not allowed to teach your kid how to solve that problem the way you once did, the teacher will not accept the process.  I went through this frustrating experience with my son a few years ago.        They took something as objective and clear as math, and turned into something that makes absolutely no sense and can only be solved by following rules that revolve around “ifs”…thus, once again, forcing the child to simply take the order and follow it without questioning it.  It’s all about conditioning the brain into accepting commands without thinking if it makes sense.

Notice the process… editing of books, standardized tests, psychiatric drugs, common core math, all preparing to then introduce information that would once and for all eliminate any sense of identity such as the absence of gender.  If you told a kid in the 60’s that gender was subjective it would never stick, we had to go through the brain conditioning process first. But why gender? Why create this gender confusion? Simple, it’s the last step in removing any sense of control one might have, you are literally nothing at this point and ready to follow whatever you are told to follow.

Our entire foundation as a person comes from our identity, without it we are what someone else decides we are.  And since the ultimate goal is to create citizens of the world with no ties to family or country, identity must be removed at all cost.  And we are dangerously at the point where in another generation the lack of identity will simply be normal.

I’ve said this before in other articles that some of the behaviors today are completely illogical and defy our instinct of survival. The obsession with abortion when there are so many other methods to prevent a pregnancy, the support for open borders when anyone can see that very bad people are mixed with the good, the aversion to guns in real life but glamorizing it in movies, and of course the vilification of capitalism and corporations without which we would still have to be reading this article by getting our fingers dirty with the morning paper instead of using our cell phones.

None of these completely paradoxical behaviors would be so wide-spread if not for the excellent job done by our education system!  Yes, we are 27th in math, 25th in science, 24th in reading in the world, but if Sally feels like Johnny she can go to the boy’s bathroom and if  Peter decides he wants to be Ann his teachers and parents will help him transition at the age of 8.  What an achievement!

When researching for this article and trying to find a list of countries who are using the UNESCO curriculum, I got the following message: “Access denied.  Sorry, you have no sufficient rights to view this document”.  So unfortunately,  I cannot include that information in this article.  I wanted a list so I could compare it to the level of social justice euphoria in each country, but that will be another article once I can get around getting the information needed.

UNESCO is not shy about their goal to promote global citizens, you can see it for yourself in their website, please take some time and navigate it so you can better understand what we are dealing with: https://en.unesco.org/about-us/introducing-unesco

My hope by writing about this, is that more people will understand that without fighting for education reform all of our other efforts are a complete waste of time. We might dodge a bullet temporarily but our grandchildren will eventually catch it.  And that the problem is not just that most teachers are liberals and nothing is done to keep them from forcing their personal views in the classroom, it is much deeper than that.   We are here today because we’ve ignored the small changes, because it was inconvenient to go talk to the principal or the school board, because let’s face it…we were lazy.

Mike Rowe said on an text once that  “We are the clouds the snowflakes fall from”, very profound if you think about it!

Education is the root of the problem and we are failing our children daily.                            I don’t know about you, but I could not live with myself knowing that I was aware of what is being done to our children and did nothing! They deserve an honest chance in life to be able to think for themselves.

I’ll be working with a friend who is a retired school teacher to put together a clear and to the point plan for Education Reform… I hope to have your support when the time comes to present it to the people who can act on it, we will need it.

Maybe we can make a difference, maybe we can leave this earth a better place after all! So curious, exploratory young minds can fly free searching for their own answers instead of learning what to think and limiting themselves to a life of bondage and government dependence.

“The mind is not a vessel to be filled, but a fire to be kindled.”
― Plutarch